Installation of 2 kWp solar power plant on a pergola with recycled parts
This smaller project included the installation of a small 2 kWp solar power plant on a pergola in the garden of a one-family home, as an addition to an already existing older power plant of 7 kWp on the main roof of the house.
The pool operator and house owner have spent one day of preparation (assembly of modules in water-tight framing / roof-integrated mounting system) and one day of final assembly. The photovoltaic modules for this power plant are B-grade and C-grade modules produced in Switzerland: They contain optical flaws which do not allow them to be sold as A-grade modules. Additionally, a photovoltaic inverter was used for this project which was recycled from electric waste, making this project a good example of using resources which otherwise would be discarded. 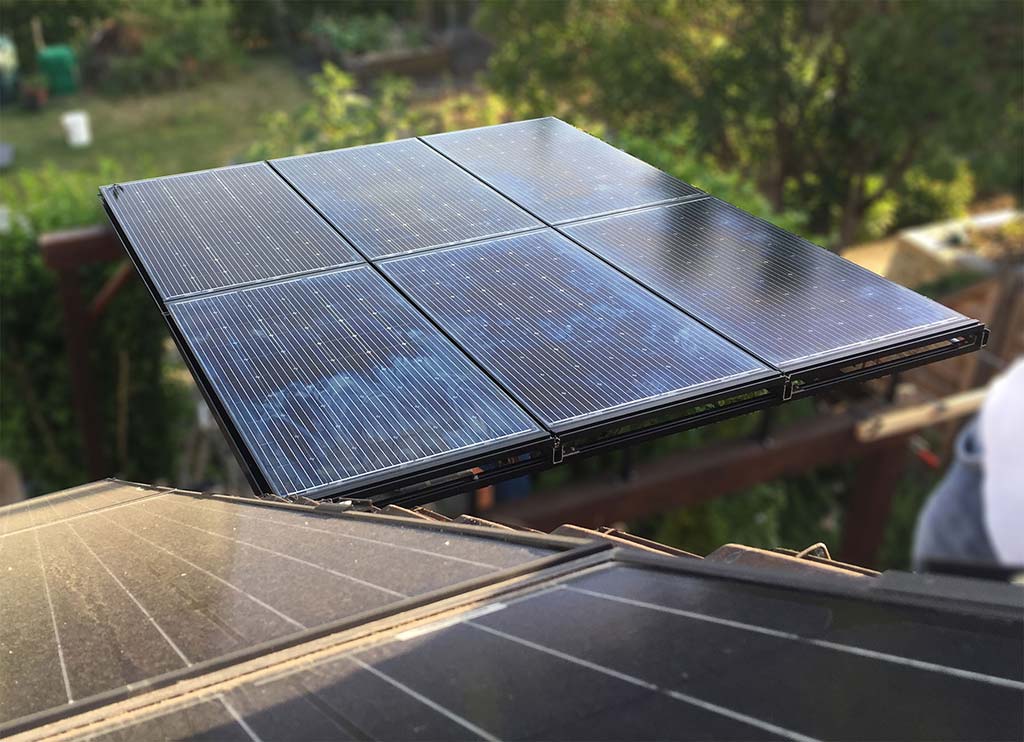 Large-scale 3D-printing with recycled materials
The goal of this project wherein the pool operator is involved, is to use 100% recycled plastic to 3D-print new parts.
Ceiling lamps are produced under the brand nyme ILUMES:


IT infrastructure with renewable energy
The IT company which hosts the two main nodes of Renew Pool (server housing in Baselland, Switzerland) works closely together with the Pool operator of RenewPool on a project to produce/supply the required electrical energy for their IT infrastructure at their site. At the moment the power (renewable Swiss hydropower) comes from the power grid.
This projects includes building a solar (photovoltaic) power plant and using recycled li-ion battery cells as an option to be independent of a grid connection and as an uninterruptible power supply (UPS).